Honor a Mom. Change a Life. 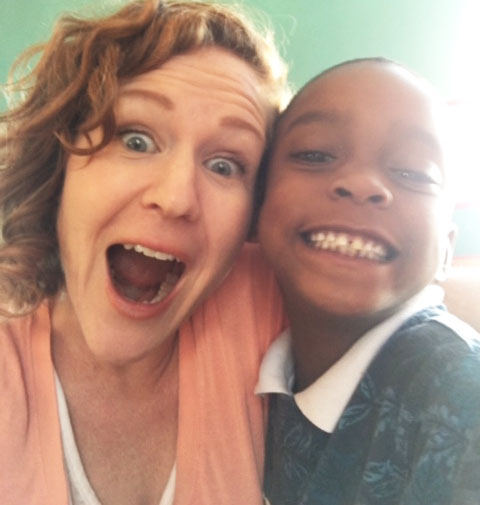 When a CASA is first assigned to their child, they begin their
work by getting to know the child and his or her situation.
When Regan first met Jamari, who was five years old at
the time, he had already been in foster care for several
months and been part of a failed adoption. After he was
removed from his mother’s care Jamari displayed extreme
distress and violent behavior resulting in expulsion from
several preschools. And even at such a young age, he
had expressed suicidal thoughts. Regan promptly began
advocating for a number of services regarding Jamari’s
behavioral issues, secured his educational rights, and
established placement stability for Jamari in a foster home. 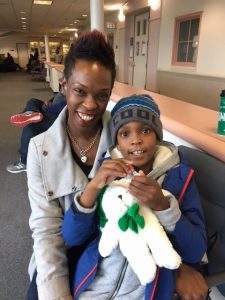 With his mother battling drug and alcohol addiction, it
appeared Jamari would be permanently separated from his
mother. However, Regan discovered that Jamari’s mother,
Tera, was in fact seeking help for her addiction so that she
could be reunited with her son. Tera was in a sober living
facility and was actively making strides towards sobriety.
Regan was so impressed with Tera’s resiliency that she
asked the court to return Jamari to her care so that she
could provide him with the emotional support he craved and
to help him overcome his trauma. Jamari is now back living
with his mother. His behavioral issues have vastly improved
and he is currently thriving in first grade.

On December 22, with his mom on one side and his CASA
on the other, Jamari’s case was closed by a judge in dependency court.

You can honor a mom like Regan and Tera, and support children like Jamari and the
30,000 children in LA County’s child welfare system who deserve the
opportunity to thrive and the hope of a better future.