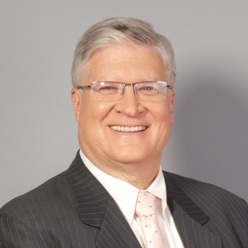 Louis Lucido, Chief Operating Officer of DoubleLine, LLP, is a founding member of the firm and a member of its Executive Management Committee. He was previously at TCW as a Group Managing Director. Prior to joining TCW in 2001, Mr. Lucido was the Chief Investment Officer for Delphi Financial Group (DFG) and on a number of subsidiary Boards. Before DFG, he was the Chief Operating Officer, MD & Secretary for Hyperion Capital Management & was also a member of the Resolution Trust Advisory Committee. Since February 2013, he has served as a member of the Board of Directors of CASA of Los Angeles and was elected in June 2013 to the Boards of Junior Achievement, Southern California and 826LA. Mr. Lucido received his MBA in Management and Finance from New York University, and is a member of the Dean’s Executive Board of the N.Y.U. Stern School of Business.