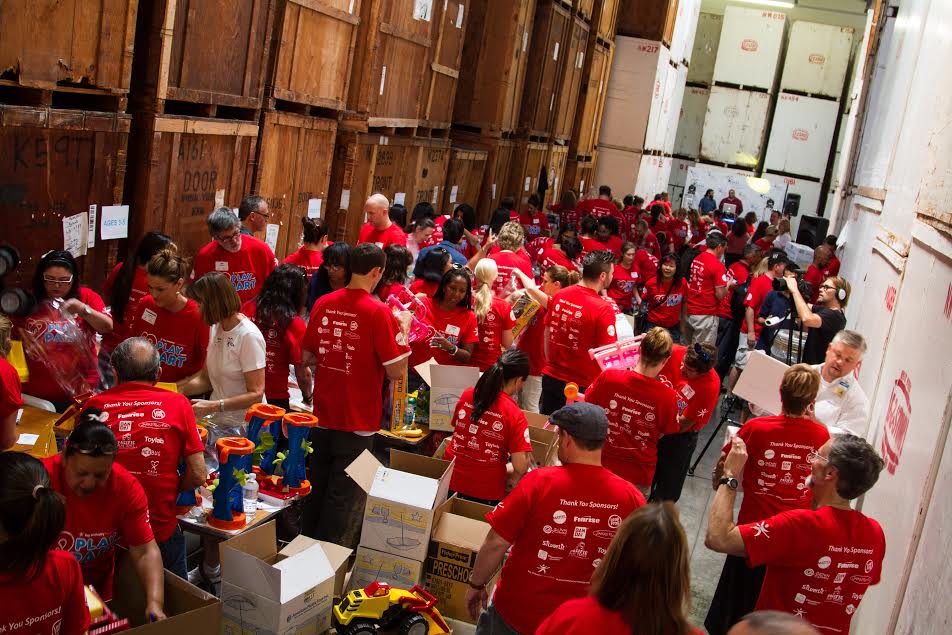 On June 16, 2016, CASA children and other foster children throughout Southern California will be given the magic and joy of play thanks to nearly 150 volunteers brought together by the Toy Industry Foundation and National Court Appointed Special Advocates Association. In 2015, forty-one companies from the toy industry made the Play Your Part event possible, with volunteers from 30 of these companies on-site to help assemble dolls, games, puzzles, arts & crafts and other skill-building playthings into special gift packages destined for CASA program sites in Los Angeles, Imperial, Santa Barbara, San Bernardino, and Kern Counties, and the Eastern Sierra region to serve 7,000 children in need.

“We know that our toy packages will show these deserving children that they are not forgotten,” said Jean Butler, Executive Director of the Toy Industry Foundation. “They’ve experienced a great deal of adversity and we’re here to give them back an important piece of their childhoods—play!” “When children are removed from their homes, the world is turned upside down. Offering them a new toy—something special that is just for them—is one great way CASA volunteers can connect with their appointed foster children and bring smiles to their faces,” said Cristine Reynaert, CASA of Los Angeles board member.